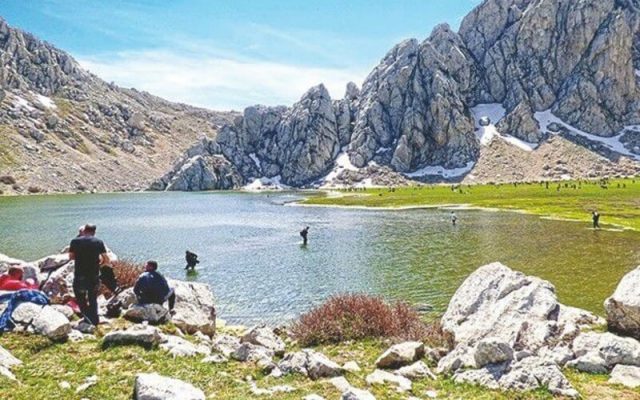 Welcome to the Highlands – Once referred to by Europeans and other north Africans as “Little Switzerland”, Kabylia is chanted by its own with “Beautiful, rebeleous and eternal” – A vast mostly mountainous province in North Africa, Kabylia is the most notable region of Algeria. It is the homeland of the Kabyle People, who refer to it with most tenderness as “Tamurt” or, literally “Homeland.” from which the name of its inhabitants themselves: “Araw Nat Tmurt” or Tamurt’s off springs. To the rest of Algerians and North Africans in general, it “bled laqbyayi”, or the country of the Clans, directly derived from a totally decentralized social organization, of local self-governance. The term itselfis a Darja word (Algerian Lanuage derived a mix of several languages: Berber, Arabic, French, Latin) which the central regime vainly attempts to normalize and attribute the sounding-like Arabic term: AL’QBAYL, to fit its Arabization process engaged in the 70s, to transform the Amazigh Peoples of Algeria into an Arab nation. The process has succeeded to a certain point elsewhere in Algeria, but not in Kabylia, to the contrary, it has fueled the opposition to the travesty, and to the State itself to the point of several popular uprisings, some of which resulted in blood shed, in the 80s and most recently in 2001.(more in Kabylia Today Section)

Kabyle person is one who identifies her/him-self as such, and whose ancestry is from the region. Despite its division into several jurisdictions by both colonial France and the Algerian government post independance (1962), to the eyes of the Kabyles themselves, other Africans, and Europeans, a Kabyle has a set attributes which differenciate her/him from others. The simple reason is that Kabyles have always constituted a single Peuple with its own history, territory, language, culture, and all the other attributes which designate a homogenous People. These constants are not modern or even old, but date as far as one can remember (see archeology section: Giant Kabyles). But to their immediate neighbors, Kabyles are known for their attachment to their identity, language and as a stoburn People about their liberty and independance, individually and collectively. Despite these attributes developed by both the French Settlers, Hospitality and respect of others liberties, often described as individualism even amongst themselves, the one quality always attributed to them is hospitality. Indeed in these wildly beautifull mountains with unhospitable topography, every village in Kabylia has a shelter for the unknown traveller. By race Kabyles proudly identify themselves as Amazigh/berbers, a family of Peoples throughout north Africa with whom they share ancestry.