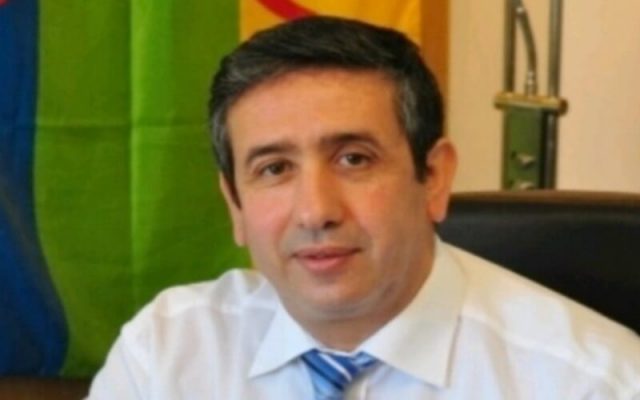 With serenity and hope, we celebrate the 2960th Yennayer, since the victory of our forefather and King Cacnaq over the reputable Pharos. From the depths of this facinating Amazigh history, tamurt.info, your newest link to Kabylia, wishes you a year full of good health and happiness. Tamurt’s team of editors amasses all its wishes that, this year will be the one which will spare us from the sentiment of lack of accomplishment, and for good position us on the path to of control of our destiny.

We all know that for this wish to realize, that we must escape our steril divergeances, awaken to our political dispersion, be it just to responde to our thirsty youth, of a united and dignified Kabylia. It really seless to dwell on our failures. They are the result of neither lack of focus or that of that of comittment. Our only fault is in that of wanting to extend to the entire country of Algeria, the benefits of that vlue of our immemorable culture, that of an attachment to all liberties, democracy and tolerance. This value, nourtured by other countries repeatedly provided its inhabitants security and wealth. It is precisely these far away eldorados that our youth attenpts to reach in rafts of chance, at the peril of their lives.

For some profane minds, year 2960 inspires more of a ficticious event than any historical reality. But history is here to attest that 950 years B.C., 1520 years before the Islam in the Arabian peninsula, Amazighs, sovereign Peoples of north Africa, were gathered around highly symbolic cultural events. Was it by a spirit of avant-guard, or that of a premonition announcing cascades of agression that followed and which we endure, until today?

Today, Kabylia continue to resist. It knows that it doesn’t loose anything by taking the option of Autonomy. It is its only guarantee against a regime decided to empovrish it, and destruct, before final anealation. What worse than than the tragic situation in which we find ourselves can happen to us? How can we be remain naive after the black spring? How can certain Kabyles dare for dirty money or social promotion continue to engage in political rivalry, ignoring RCD memorable failure in 2000? Hard to wash off the miserable failure of this party caught red handed in the crime of political naivity. How can one accept to reengage the worst of politics, even if it’s that of prominent Kabyles? Isn’t to continue to bath in an indignified Assembly in Algiers the same as delivering Kabylia on silver plate to its predators? So many questions which reminds us a local say: Netamaɛ udi deg hulli, orTo expect milk from a bull.

Illusions, patience, and conjunctural adjustments have reached their limits. Today, the immediate demand for an autonomy for Kabylia is a must and an inevitable act of citizenship. We are speaking of a real autonomy. That which will shelter us from the mafia like practices and detach us permanently from the arabo-baathist ilc and its islamic politics derivative. It’s a requirement for us to be in phase again with our history and, apprehend a sereen future in hormany with the universal. Let’s not be distracted, today’s world doesn’t wait.