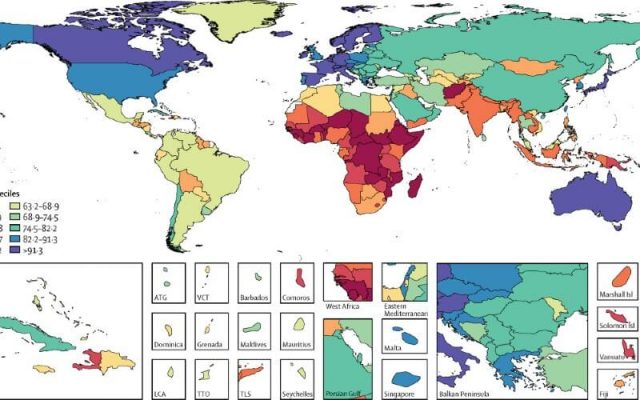 Scientists have reprogrammed ordinary cells called fibroblasts into new and healthy heart muscle cells, and recorded changes that appear to be necessary for this reprogramming.

Creating new healthy heart muscle cells within a patient’s own ailing heart. This is how scientists hope to reverse heart disease one day. Today, a new study led by UNC-Chapel Hill researchers reveals key molecular details that should be useful in developing this ambitious approach.

In this study, published in Cell Reports, two labs at UNC and a group at Princeton University reprogrammed ordinary cells called fibroblasts into new and healthy heart muscle cells, and recorded changes that appear to be necessary for this reprogramming.

“From these studies we may be able to define pathways to increase the efficiency of fibroblast reprogramming,” said senior author Frank Conlon, PhD, professor of genetics in the UNC School of Medicine and professor of biology in the UNC College of Arts and Sciences.

Heart disease kills more than 600,000 people each year in the United States alone and remains the leading cause of death for both men and women. It typically arises from the narrowing or blockage of coronary arteries and involves the progressive replacement of heart muscle cells (cardiomyocytes) with scar tissue — leading to a loss of heart function and ultimately heart failure.

This progressive disease process occurs in part because cardiomyocytes have a very limited ability to proliferate and replace damaged heart muscle. Scientists therefore have been experimenting with techniques to transform fibroblasts — collagen-making cells that are abundant in the heart — into new cardiomyocytes. They have shown that they can make this therapeutic cell-reprogramming process work in the diseased hearts of lab mice and thereby improve heart function. But the process isn’t as efficient as it needs to be for clinical use, and scientists are still learning why.

“The application of this technology has been limited by our lack of understanding of the molecular mechanisms driving this direct reprogramming process,” said Conlon, who is also a member of the UNC McAllister Heart Institute.

For this study, Conlon’s lab — in collaboration with the UNC McAllister Heart Institute lab of Li Qian, PhD, and the Princeton lab of Ileana Cristea, PhD — employed advanced techniques to map changes in protein levels in fibroblasts as they underwent reprogramming into cardiomyocytes.

First they triggered the reprogramming using a technique based on one Qian developed in 2012. They exposed fibroblasts to an engineered retrovirus that enters the cells and starts producing three key “transcription factor” proteins, which effectively reprogram gene expression in the cells, causing the cells to turn into cardiomyocytes within a few days.

The researchers examined the levels of thousands of distinct proteins in the cells during the three-day transformation from fibroblasts to cardiomyocytes. In so doing, said Conlon, “We revealed a carefully orchestrated series of molecular events.”

The data suggest that the reprogramming process kicked off at about 48 hours after the viruses entered the fibroblasts and significantly affected the abundance of 23 classes of protein.

One of the most striking changes was a sharp rise in the level of a protein called Agrin, which has been found to promote repair processes in damaged hearts. Agrin also inhibits another signaling pathway called the Hippo pathway, known to be involved in regulating organ size. This finding — one of hundreds of individual clues generated by the study — raises the possibility that inhibition of Hippo signaling is needed for cardiomyocyte reprogramming.

Future studies will determine which of these myriad changes does indeed drive reprogramming, and more importantly which changes can be enhanced to improve reprogramming efficiency.

Conlon and colleagues are now at work on those follow-up studies.

The National Heart, Lung, and Blood Institute, and the National Institute of General Medical Sciences funded this research.