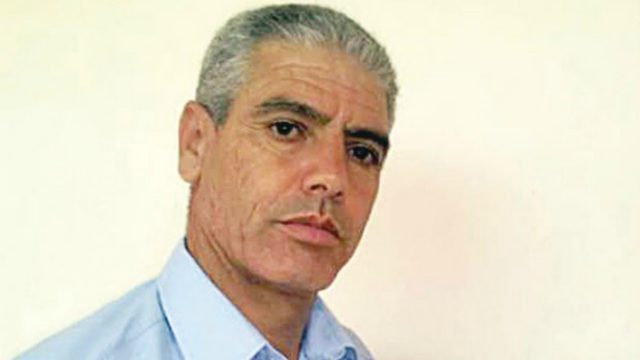 TUNIS (TAMURT) – The Kabyle Christian, Slimane Bouhafs, is still stranded in Tunisia. He had to leave this neighboring country for another European country, since he had been recognized as a refugee by the United Nations. A special identity card and several documents attest to his refugee status. They were issued to him and handed over by the United Nations High Commissioner for Refugees, based in Tunisia.

Mr Bouhafs, a Christian, persecuted in Algeria because of his religion, had already left Tunisia last March, but because of the suspension of flights to Europe and the health crisis, his departure was postponed. Furthermore, he does not understand why the UN services in Tunisia have not yet issued him his passport and his pass to join his host country in Europe. The latter is unknown for the safety of Slimane Bouhafs, who is wanted by terrorist organizations. “I have the impression that the UN services in Tunisia are doing everything to cancel my departure to Europe and they even want me to return to Algeria, when my life is in danger there. I already have my refugee status and international protection. Some of the employees of the High Commission for Refugees are Algerians and have completely changed their attitude towards me. If anything happens to me or if I am killed in Tunisia, I accuse these Algerian employees who are blocking my file, “accuses Slimane Bouhafs, whom we contacted.

Slimane Bouhafs has been living in Tunisia for several months, without any financial resources, since his invalidity pension has been blocked by the Algerian authorities since his imprisonment in 2016. He also suffers from a chronic illness and is careless in Tunisia. His psychological state is dramatic. He lives with fear in his stomach, in Tunisia where he is not immune to security threats. “I am making a distress call to UN officials to speed up the process of my departure for a safe country, since I am recognized as a refugee. If not, I will do everything to return to Israel, the country where I want to live, “added Slimane Bouhafs with great concern.