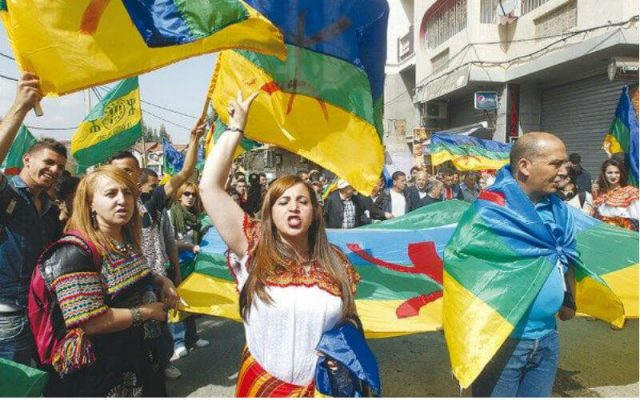 Why does the West continue to help despotic, apocalyptic Arab-Islamic sects to lock democracy, human secular freedom and individuals’ and peoples’ fundamental human rights behind the walls of the liberticidal, totalitarian and fossilized Islamic dogma?

The true liberation of tyrannized Amazigh North Africa lies in the ultimate restitution of its true Amazigh identity, the revival and promotion of its Amazigh languages, and the restoration and reconstruction of its democratic and secular ancestral civilization. Amazigh North Africa is more than fed up with the long-lasting tyrannical, terroristic and genocidal yoke of diabolical Arab-Islamism that has been stifling its existence and life by depriving it of its wealth, identity, memory, human freedom and its democratic secular culture for so long. Strongly incensed and outraged, the Native North African Amazigh peoples, with their legendary ancestral lands, spirits, and Gods, vigorously denounce the corrupt Western governments’ hypocrisy and duplicity.

It goes without saying that the despotic denial of peoples’ identity or existence is an act of terroristic mass annihilation that calls into question the humanity of mankind.