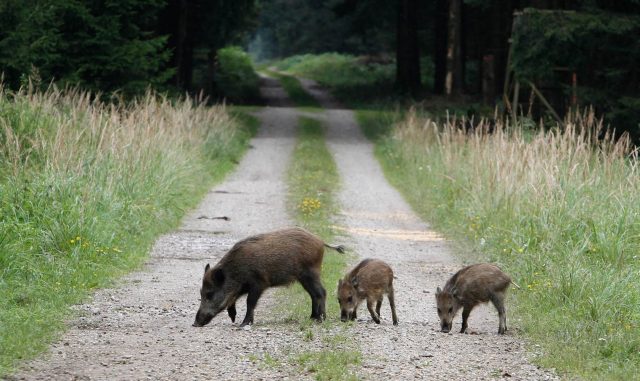 KABYLIA (Tamurt) – The three young initiators of a pig breeding project in Waguenoun, north of Tizi Wezzu, are experiencing terrible pressure since our  newspaper, French edition, published an article about their project, unique in Kabylia.

One of them approached to our editorial staff to inform us that the security services had initiated a thorough investigation and identified the three initiators, although our article did not mention their names and gave almost no Details about their identity or their village. “I have been approached by members of the General Intelligence Service. They made me understand that the methods of physical liquidation are numerous and that it is in our interest to abandon this project, “explains our interlocutor, who was not, it must be said, very warm to the Publication of this information.

He accepted only after our insistence and promises to keep their anonymity. “We were expecting reactions from the Islamists, but it was the security services that came forward. We always hold on to our project and we will launch it even in an illegal way. Even in small quantities, we intend to bring back from Tunisia the means necessary to launch our project, “declared our interlocutor angrily. “We do not want the newspaper Tamurt, on the contrary. In any case, we can not launch such a project clandestinely, “added our interlocutor. The police do not scare us in Waguenoun.

There are about ten restaurants already specialized in the marketing of wild boar meat and which open their doors during the month of Ramadan, so we can also impose our project, especially since local elected officials and other inhabitants of the region have Their support, “adds one of the initiators of this project, the first of its kind in Kabylia.

Thus, kabylia chose to stick to its sacred heritage democracy and secularism refusing all kinds of submission inherited from the roots of Arab monarchs.