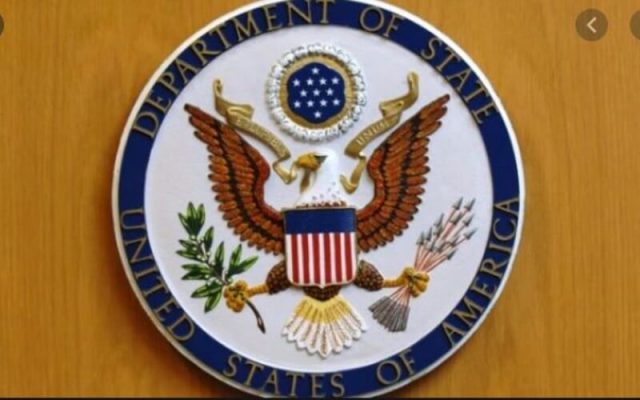 I wonder if this warning is issued just as “forwarded” by the algerian authorities, or there had been real investigation to prove it genuine!

I have never seen an american in Kabylia!
So, instead of issuing warnings about terrorism in Kabylia, start first to find out who these terrorists are.
And before stating terrorist attacks are against foreign targets, and specifically against American targets, please, note that over 150,000 algerians have been killed by real Islamists/terrorists.

None of the algerian government (Mafia) interests have ever been touched.
Only the people suffered. Crying for help. For years. All nations were deaf at that time. Well, they still are.
Of course, today, economical interests go first before human values and dignity. And one has to be “politically correct” nowadays. Isn’ it? I call it lying. Not telling the truth.

When the presidents of all countries cannot tell the truth, who could then?
Only kids?
When I read that Sarkozi sent a telegram to Bouteflika to gratulate him, with such words as “‘ let me heartily congratulate you for this democratic election,…blabla bla…”.
Amazing isn’it?
What else could one expect?

The corrupted algerian government created this “terrorist”-monster. it placed it amid the people to create fear. This way, this UNO-blessed Mafia could go on and swallow the big cake.
They will never get enough. Their bellies are too elastic, otherwise they would have blown since long!

Nowadays, the algerian government is doing everything possible to bring her down on her knees; Drugs, prostitution, unemployment and islamism are all means to destroy this area.
At the time of real terrorism, Kabylia was the only region which was safe to live in.

All Kabyles used to have hunting guns, and they used them to fight whenever a terrorist group tried to get in.

Then, our government (No, Actually, not ours. We never recognized it as such. We have now our Provisionnal Governement of Kabylia) sent the “gendarmerie” to take away all these guns. And they leave you. Alone, of course. They never show up when there are “terrorists” around.

Now, after that so-called “black decade”, the “black spring” (where over 120 kabylian youths have been killed and thousands injured by the military, and up to now no one has been judged for these crimes) the government sends over 50% of the algerian army to Kabylia. What are they doing there? Fighting terrorists? The ones they sent to Kabylia to justify the military presence? Come on. We are fed up of all these.
Of course, even the (controlled)newspapers report very often about killed terrorists in Kabylia and this and that, but never a name or a picture. Never.

Oh, yes. They put on fire on the old kabylian olive trees. I do not know how many hectares have been destroyed so far, And if you try to extinguish it (even when it gets near to the inhabitants), the military will not let you.
Hello World. Wonderful World. Horrible world. Any human beings out there?