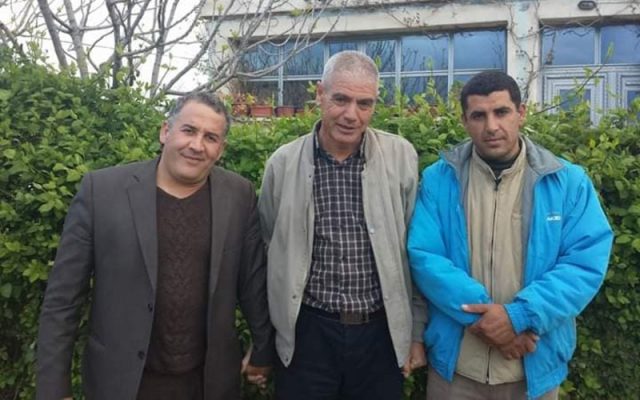 TUNIS (TAMURT) – The Kabyle Christian, Slimane Bouhafs, who has already spent two years in prison because of his non-Muslim religion, has been in Tunisia for several months. Threatened to death in Kabylia by Islamists and the security services, he was obliged to leave everything behind to take refuge abroad.

“I have been in Tunisia for several months without any financial resources. I obtained international protection, but because of the health crisis, I am still stuck in Tunis, waiting to join a western country which will welcome me and ensure my security, “told us Slimane Bouhafs who said he was very worried , because threats to his life are coming from all sides. “I receive death threats by anonymous messages and calls. I am very worried. Even the Tunisian human rights league refuses to protect or defend me. I have a refugee card, but as long as the flights have not resumed with Western countries, I am still under threat and I want to launch an appeal that if ever I am killed the Tunisian authorities are accomplices “, told us said Slimane Bouhafs, who is precarious in Tunisia and lives from day to the next. “I am watched and followed by strangers who are not ordinary citizens. I am in fear for my life, ”adds Slimane, looking worried and stressed at the same time. He left behind his wife and children to save himself. Slimane Bouhafs has fortunately obtained UN refugee status, but his life is still in danger. Many Kabyle Christians are in the same situation as him.

“In addition to threats from the security services, I also face terrible pressure from some of my relatives,” said Slimane, who was tortured during the 26 months he spent behind bars.

Since his release, he has waged a relentless fight against the fundamentalist Islamists in Kabylia. He militates with many of his friends for the independence of Kabylia. “I am even deprived of my invalidity pension by the Algerian authorities and my children are destitute,” said Slimane. He also says that he will continue his fight until the end of his life.