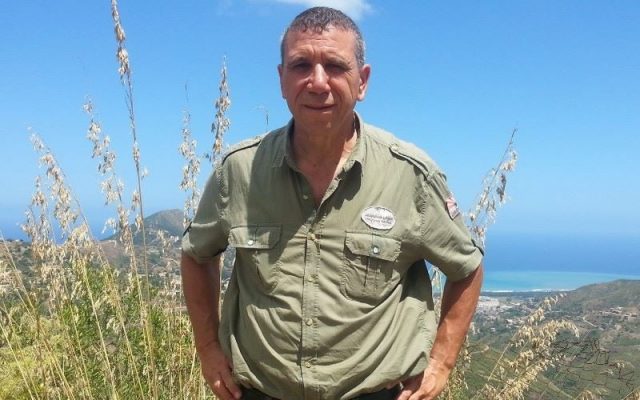 TAMURT (KABYLIA) – In a statement received by our editorial staff, the Spokesman of the Union for the Kabyle Republic (URK), Lyazid ABID, welcomes the normalization of relations between Morocco and Israel. For the URK, Kabylia was forced to wage war against its two friendly countries. Hereinafter the press release in its entirety.

The Union for the Kabyle Republic (URK) congratulates Morocco on its resounding victory over the countries which wanted to impose on us an artificial Arab country in the heart of Tamazgha (North Africa). The URK salutes all the protagonists of this happy outcome and re-enjoys the normalization of relations between Morocco and Israel. The peoples of these two countries will soon taste the fruit of the brotherhood and friendship so hoped for. The Peoples of Algeria, even if they do not express it, for fear of repression, rejoice and realize that an open space where peace hovers instead of absurd war is now possible.

In turn, this normalization will ease the Israeli-Palestinian disagreement, which dates back to the creation of the State of Israel in 1948. Morocco, faithful to its tradition of religious tolerance and respect for the Jews living on its territory, comes, a once again to show the way forward. This approach is beneficial. It portends a peace of the brave between Palestinians and Israelis. As a reminder, the Jews, whose presence in North Africa dates back several centuries before Jesus Christ, have always lived on good terms with the imazighen which means the free-men and the free-women “the Berbers”. The courageous position of the visionary King Mohammed V, during the Second World War, who refused to apply the racist laws of Vichy to his subjects is in this respect edifying.

As for Algeria, which has spent without counting and without any control to amplify the number and the power of the Sahrawis in order to fool international opinion, must review its copy and remember the origin of the conflict. The dissension between Algeria and Morocco over Western Sahara and the organization of the Polisario Front has its origins in the armed rebellion of Kabylia against the dictatorial regime of Ben Bella. Egypt, which had just enthroned its dolphin in power, made an effective diversion within the command of the Kabyle army. The diversion was to move the Kabyle army from its mountains where it fought the power-usurping dictators to the desert to fight Morocco. But don’t we say that lies have short legs. Algeria is overtaken by its lies. It remains for it to justify to its peoples the hundreds of billions of dollars spent on Western Sahara that it has just lost and to prepare for the organization of a referendum of self-determination of the Kabyle people which will soon elude it.

Kabylia, which has seen many of its children bear the brunt of the Algerian conflicts, the war of the sands and the six-day war, has not chosen arms against its Moroccan and Jewish brothers. It was constrained by Algeria, which has colonized it since 1962.

The URK takes the international community as a witness and calls on international bodies to anticipate conflicts by supporting the right to self-determination of peoples who seek to free themselves from the tutelage with which any future in peace is impossible. Kabylia has suffered greatly from Algerian colonial policy. If a few thousand Saharawis have managed to gain autonomy status, is it possible to deny independence to more than 10 million Kabyles?