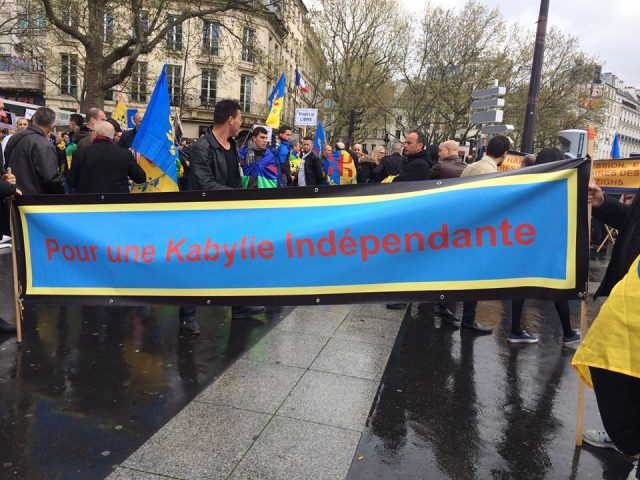 ALGERIA (TAMURT) – The ruling clans in Algeria want a bedridden head of state in Algeria. Aged 82, for 20 years in power, Abdelaziz Bouteflika will be elected on April 18th, for a fifth five-years term. He will be president of the Algerians until 2024.

It must be remembered that A. Bouteflika came to power by being affiliated with the group of Oujda, the putschist confiscated so far the independence of Algerians dearly snatched from France. When his guardian, Houari Boumediene, died in 1978, A. Bouteflika was expelled from Algeria. In 1999, the Algerian generals after pushing President-General Zeroual out to the door, will seek him in his exile in the monarchies of the Golf. Landed in Algeria, he reactivated the old anti-Kabyle and anti-Berber reflexes to win the favor of Algerian Arabic speakers and set out to conquer the 100% share of power held by the military.

For the military, who are very familiar with his excessive intentions and ambitions, they already know that he has been given the security file, that is to say the file of the Islamists, who had democratically won the only free elections in history. Algeria in 1991, it will not be unscathed.

Very quickly the military accumulates tangible proof of the misappropriation of its ministers of tens millions dollars and tries to master it to guarantee their current and future interests. Bouteflika on his side to acquire more power in order to impose his status of president by advancing the prerogatives conferred on him by the constitution and threatens to resort to the ICC (International Criminal Court) for the crimes committed by the generals of the Algerian army during their war against the Islamists and that prevents him from governing. Tensions rise between the clans that are forming and several high ranking army officers are eliminated. Purges on both sides are common and some observers thought a deal between former intelligence chief General Toufik and Bouteflika was sealed up. It would consist of the departure of the two people to give place to the new generation who would take the torch to continue the construction of Algeria on an artificial basis and without serious foundation namely Arab-Islamism.

There is, however, a People who refuses to be fooled by an artificial nation and is doomed to disappear. This is the Kabyle people. A secular and democratic Amazigh people from the depths of North African and Mediterranean culture who reject Islamism and deny their belonging to the Arab world. Kabylie demands its independence and is absolutely committed to evolving in a non-violent context open to the world. This trend is represented by two political movements MAK and URK and deserve the full attention of the international community.