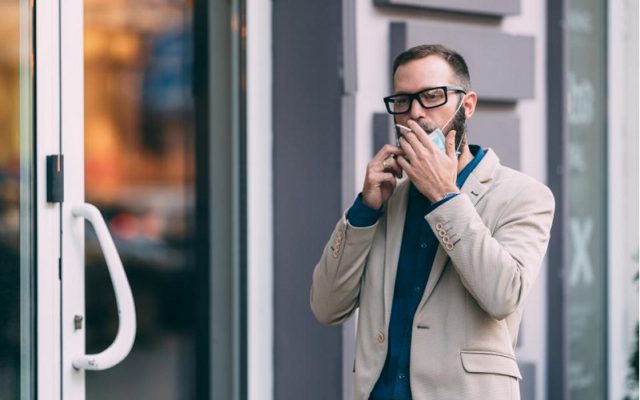 MEDIA (TAMURT) – In many ways, narcissism is indelibly linked to leadership. After all, research has shown that leaders tend to score higher on traits, such as narcissism, than the rest of the population. Indeed, one study found that when a group had no leader, it was typically the person with most narcissistic traits that stepped forward to do the job.

A third study, from the University of Illinois, suggests that a little bit of narcissism is required to be a good leader. It found that people with moderate levels of narcissism have achieved “a nice balance between having sufficient levels of self-confidence, but do not manifest the negative, antisocial aspects of narcissism that involve putting others down to feel good about themselves.”

The importance of striking the right balance was underlined by recent research from Stanford University, which found that an excessively narcissistic leader can destroy an organization from within.

“There are leaders who may be abusive jerks but aren’t really narcissists,” they explain. “The distinction is what motivates them. Are they driven to achieve some larger purpose? Do they really want to make the company or the country better, or accomplish some crazy goal like making electric cars mainstream and maybe colonizing Mars along the way? Or is it really all about their own aggrandizement?”

The key seems to be how grounded their self-opinion is in reality. If there is some basis to their confidence, then narcissistic leaders can do great things, but the corporate world is awash with stories of narcissism running riot, as such leaders tend to be self-serving and lacking in integrity.

The research finds that narcissistic leaders can be successful in driving lasting change in the organizations, and even countries, they lead, but that these changes aren’t always positive, and the negative impact can significantly outlast their personal tenure.

This is because they develop a culture where divergent voices are squashed, flattery and servility are rewarded, and a distinct air of apathy and cynicism pervades, with a culture of self-interest replacing any shared purpose.

That narcissistic leaders tend to be most attractive in times of turmoil should be especially worrying given the huge turmoil the coronavirus pandemic has wrought on the world. It can be hugely tempting to plump for a leader who says they have the solution to all of our problems, but such self-confidence can be highly damaging.

The general self-interest by which most narcissistic leaders operate can also lead to them bending, or breaking, the rules in order to succeed. Fraud and other white-collar crimes can result, with narcissistic leaders also fond of aggressive tax avoidance and manipulation of earnings.

This is often as a result of lower integrity levels than non-narcissistic leaders, so their words and their deeds seldom align. When in a position of power, this tendency can only be exacerbated.

“Being elected or appointed to office validates their sense of entitlement. At the same time, even without narcissism, power disinhibits—it encourages people to indulge their worst instincts—so now you’ve got the two working together,” the researchers say.

A sobering thought is that little in the narcissists souring self-confidence is based on any real evidence. It’s not supported by lofty intelligence or by performance reviews from their peers. Indeed, it’s more closely associated with greater risk-taking than it is greater returns on those investments.

Much of the problem with narcissistic leaders is their desire to feel admired. If this admiration is lacking, it can result in extreme levels of resentment, which manifests itself in acts of aggression, petulance, and abuse of those in their team. It creates a worldview in which people are either acolytes or enemies.

The study suggests the biggest danger posed by narcissistic leaders, however, is their influence on others in the organization. As with any leader, the narcissist helps to shape the culture of their organization according to their own image. As such, the nefarious behaviors outlined above quickly become normalized.

“Once they’re in power, narcissists consolidate their position by firing everyone who challenges them,” the researchers say. “So you end up with these individualistic cultures with no teamwork and low integrity. We’ve documented this in a bunch of Silicon Valley tech firms.”

The difficulties faced by Uber’s Dara Khosrowshahi reflect the entrenched culture formed under former CEO Travis Kalanick. The researchers hope that such is the body of work on the harm narcissistic leaders can do to an organization, we will be discouraged from turning to them.

They also recommend that when selecting leaders, we try our best to look beyond the self-presentation that individual provides. For instance, interviews can play to the strengths of the narcissistic individual, because they can give a performance that belies the reality. Results can be falsified, and credit taken for the work of others.

“What would really be far more illuminating would be to go talk to the people who’ve worked for them and with them in the past,” the researchers explain. “You have to get data from people who have seen that person operating. But that typically isn’t what happens.”

With the impact of the coronavirus enormous, the stakes involved could not be bigger, so we’re duty bound to make sure we hire the right people. Tempting though the narcissistic leader might be in these times of crisis, we need to think past that temptation and select leaders who can leave a lasting impression in the right way.

Inserting a degree of randomness

So how might we do this? New research from the University of Zurich suggests inserting a degree of randomness into the recruitment process may help. The researchers highlight that leaders commonly attribute their successes to their unbelievable intellect and general brilliance. This tends to blind them to hurdles in their path, and they often embark on endeavors that bring negative outcomes, whether due to poor business choices, or unethical ones.

After both reviewing the existing literature, and conducting a large lab-based experiment, the researchers believe that a random selection process could do a better job at avoiding hubris in leaders than current processes.

The research found that when overconfident leaders were selected randomly, they were less inclined to abuse their power, and more inclined to use it to benefit the group as a whole. When leaders think they’ve triumphed during a competitive selection process, neither of these things occur.

The authors suggest that this occurs because leaders are often highly confident individuals, and succeeding in competitive environments can tip this into overconfidence, prompting leaders to believe they are much better than the rest, and therefore entitled to enrich themselves.

A more random selection process seemed to result in more humble leaders, which can lead to better outcomes for the teams and organizations they lead. It’s unlikely that selection processes are likely to be flipped in such a way, but it’s nonetheless some interesting food for thought as we attempt to retain our humanity during these challenging times.